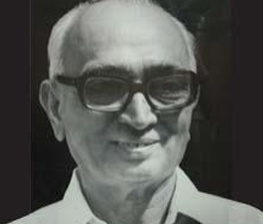 Dr.Hirubhai Muljibhai Patel (August 27, 1904 – November 30, 1993) was an ICS officer who played a major role in the issues regarding internal and national security in the initial years after the independence of India. From 1977 to 1980, he served as the Union Finance Minister and later the Home Minister. A native of Dharmaj, he graduated from Oxford University with a major in economics. He had an illustrious career as an ICS officer. He became Cabinet Secretary to the Ministry for Home Affairs under Sardar Vallabhbhai Patel in 1946, serving till 1950. Prior to independence, he worked with Chaudhry Muhammad Ali, the future Prime Minister of Pakistan, and Walter John Christie on the preparation and implementation of the crucial document The Administrative Consequences of Partition. He was head of the Emergency Committee administering Delhi in the days following the outbreak of massive violence following the partition of India in 1947. He also headed the effort to rehabilitate millions of refugees entering the city, while protecting others living in the city. He was Chairman of the Gujarat Electricity Board and was a trustee and supporter of the Sardar Patel University. He wrote two books, Rites of Passage: A Civil Servant Remembers and The First Flush of Freedom: Recollections and Reflections. He established Charutar Arogya Mandal in 1972 to provide and prepare resources for modern and professional Health Care for the community equitably.